It may not be suitable for the cover, but the best quote about Craig Meek’s Memphis Barbecue: A Succulent History of Smoke Sauce and Soul came at the end of the book’s release party. Around 2 a.m. that night, Ben Aviotti of the Dead Soldiers stood before his mic and summed up Meek’s book in two simple lines: “You wrote a book about your city through fucking barbecue. How cool is that?!”

We first met Meek while preparing for our 2013 Memphis Barbecue Tour. Both before and during that trip, he gave us numerous recommendations of where to go and what to eat. He introduced us to many places that we probably would never have found on our own. He was, in many ways, our guide into the world of Memphis barbecue. He’s since taken that role to a grander level. 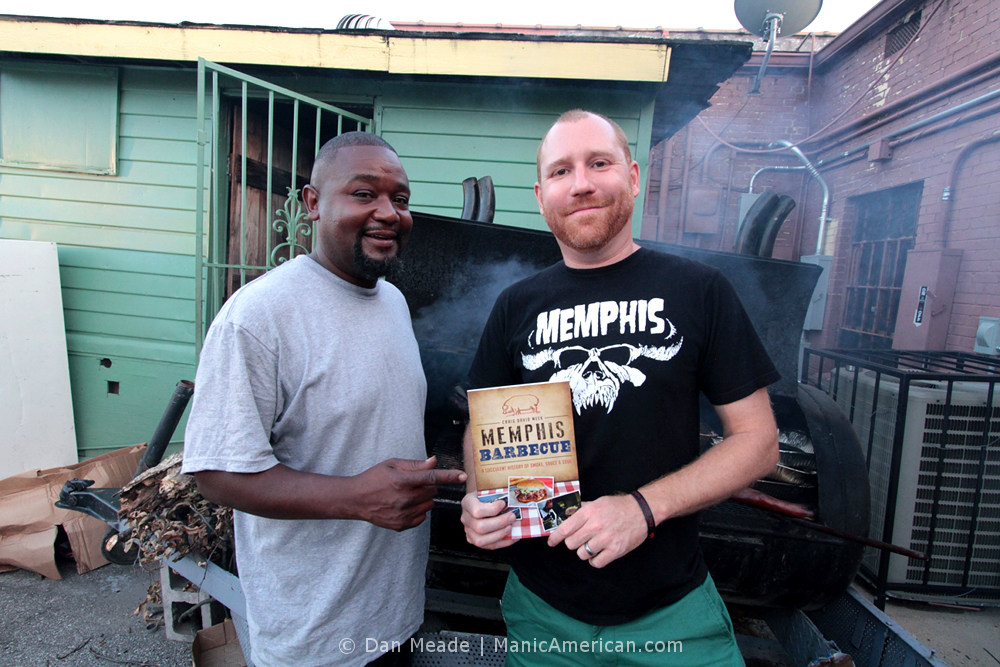 Memphis Barbecue (available from The History Press) is filled with stories about Memphis pitmasters and the pulled pork, ribs, and other smoked meats they sell. But it’s also about Memphis, the city. Hernando DeSoto, segregation, urban expansion, mayors, mobsters, hip-hop, rock, and soul all play a part in the book. The result is a guide to understanding Memphis, its barbecue, and how intertwined the two are.

We didn’t see much of Meek the night of his release party at the Hi-Tone Cafe. As he sold copies of his book we talked barbecue techniques with Richard Forrest, who prepared a whole hog for the event, and traded recipes with Joel, the sound engineer who uses his own smoker 150 times a year. When not talking or eating ‘cue, we took in the music from the Dead Soldiers, Clay Otis and Shadow Brother, the Switchblade Kid, and Prestor John.

By 4 a.m. though, Meek was once again making introductions for us, but this time to his friends. And just as Meek had done a year earlier, his friends gave us recommendations and invitations that would shape our next two weekends in Memphis.

Or to put it another way, for the second year in a row, Craig Meek helped form our understanding of his city through Memphis Barbecue.

Click on any photo below to start the slideshow: