What Would Keytar Bear Do?

Keytar Bear is a street musician best known for playing in and around Boston. He is a man in a bear suit who plays the keytar. Sometimes he also wears a Bruins jacket. That’s all most people know about him, and for a time, that was all you needed to know about him.

But then Keytar Bear was attacked, twice. When word spread that both his nose and keytar had been broken a groundswell of support arose. Online donations and a fundraiser combined to raise over $9,000 for him. In Cambridge, the date of the fundraiser was even declared “Keytar Bear & Abby Taylor Day” after the man of the hour and the organizer of the event.

As these events unfolded more and more information about Keytar Bear came out, revealing him to be much more complex than his man-in-a-bear-suit act implies. And yet, despite everything that has already been written, there are a couple questions that I’ve been asking myself that no one else has been able to answer. 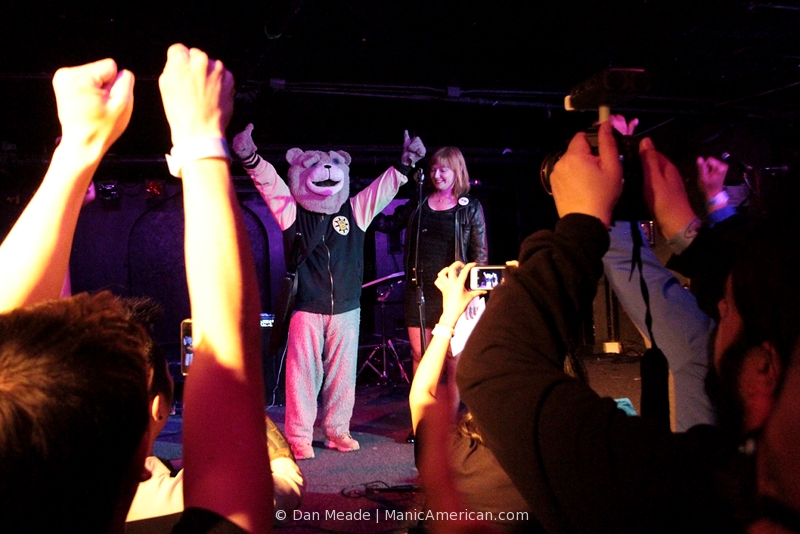 At the end of Keytar Bear’s set during the fundraiser, and after all the cheering and dancing had died down, Keytar Bear approached the microphone at center stage. He took the mic into his matted paw and stopped. He looked at it. He looked at us. He looked into a crowd of 200 or so people who had come out to support him. He looked like he was about to speak in public for the first time ever.

It would be the end of Keytar Bear as we know him. “Keytar Bear” would become the person under the mask, with a specific name, and a specific race. 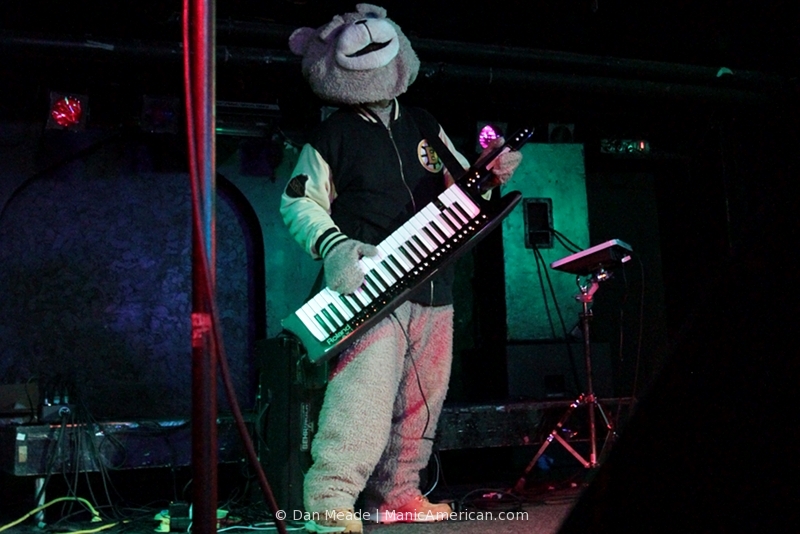 Keytar Bear is universally referred to as “he.” If you look closely, you can see dark skin poking through the gap between his bear suit and mask. Those are the only identifying features he reveals in public. But a few other details about the man behind the mask have come out:

The picture that emerges is of an artist dealing with financial problems and living in a world that doesn’t treat all men equally. And now, after two incidents of violence, that artist may have received the windfall needed to get his life on track. 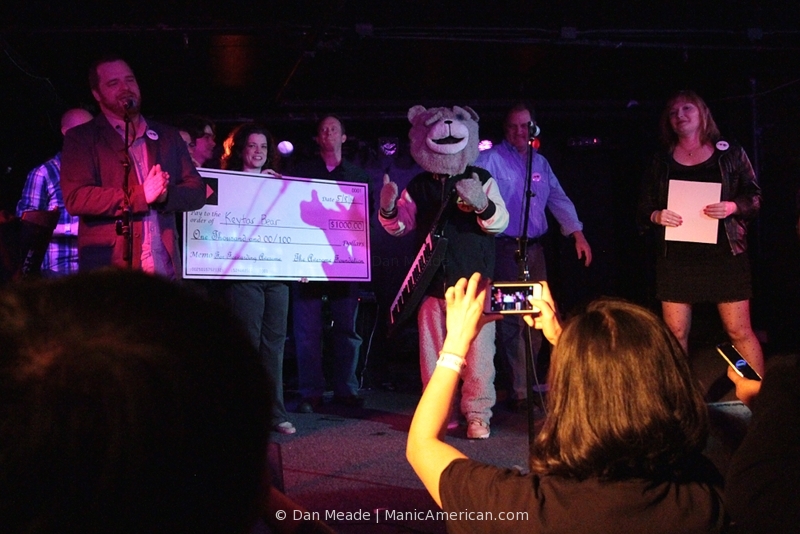 How much of this was going through Keytar Bear’s mind as he paused before that microphone?

Was he thinking back to the attacks that led to the fundraiser? He had shown restraint then, kept his emotions under control. But this was a vastly different situation.

Or was he thinking about all the people who had rallied behind him, supported him, and helped him since his attacks?

Or was he thinking that “Keytar Bear” might not be so popular if his identity was revealed?

Or was he thinking about unmasking himself despite that risk? If there was ever going to be a time to reveal his identity, surely it was in a room full of supporters.

Whatever he was thinking, Keytar Bear ultimately decided to say nothing. He stepped back, held up his paws in a mixed gesture of “I can’t” and “Thank you,” and walked offstage. 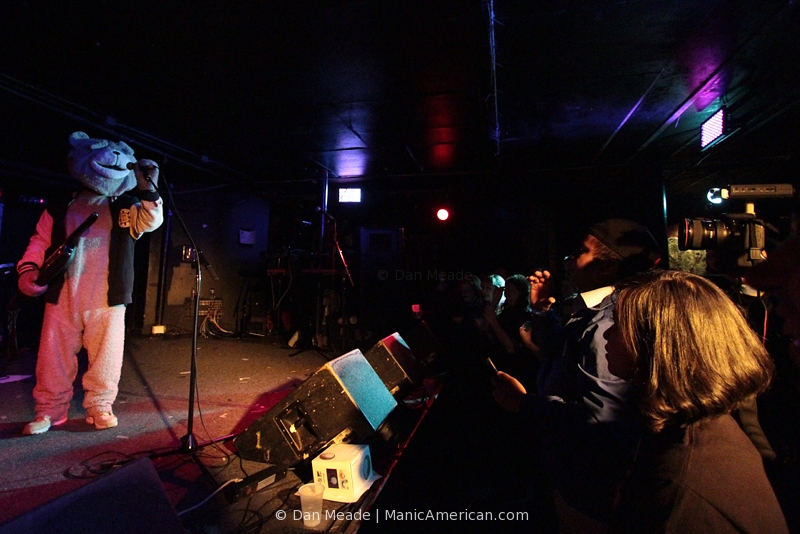 As much as I’ve wondered about what Keytar Bear was thinking before that microphone, there are a couple other questions that I’ve asked myself over and over since that night:

If that were me under the bear mask, would I have had the restraint to not lash out at my attackers?

Would I have been able to forgive them, so quickly and so publicly?

Would I have risked my entire artistic endeavor by taking off my mask to thank my supporters?