What Leonard’s Pork Volcano Taught Us About Being “Memphis Famous”

It was about 1:00 pm on a Tuesday when we visited Leonard’s Pit Barbecue, and we were reeling from another late night in Memphis’ dive bar scene. That’s only worth mentioning because Leonard’s closes at 2:30 pm on Tuesdays. When you’ve been in business for 90+ years, you get to set your own hours. It’s one of the perks of success.

So why rush there when we were barely mobile and even less hungry? Because this was 2013 and we were still trying to figure out how things work in Memphis. Before the trip, we had scoured the internet to see where we had to go in Memphis, and yet we never heard of Leonard’s until we drove within city limits. Once inside, however, we quickly realized Leonard’s was one of the few places that seemed to be on everyone’s list of favorites.

Something didn’t add up. How could something be “Memphis famous” but have so little national recognition? 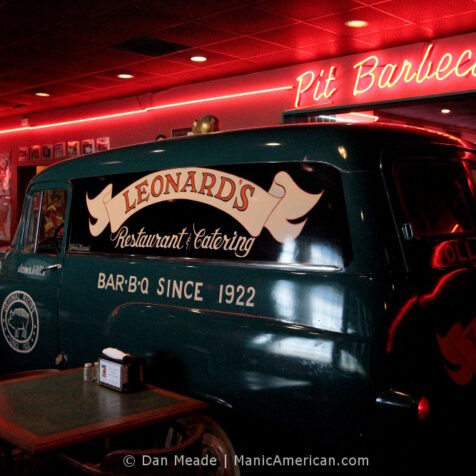 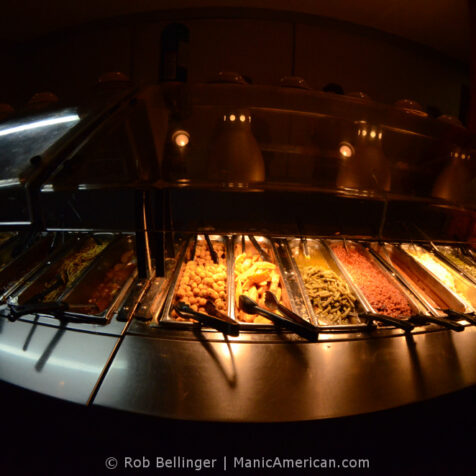 We arrived at Leonard’s to solve this riddle at the tail end of the lunch rush. There were plenty of open tables in the front room, but despite the ample seating, we were brought to the almost empty rear dining room. We didn’t know if this was to seat us in another waitress’ zone or to keep our cameras and hangovers from disturbing the other patrons, but we followed the hostess just the same.

While showing us to the back, the hostess gave us a brief tour of the place, and this may have been the real reason we were brought to the rear dining room. Past the decommissioned catering vehicle in the front dining room was a hallway with rooms to either side of it. To the right was a large glass window looking in on the condiment and dessert wing of the restaurant: myriad trays of slaws, beans and peppers on one side, ice creams and pies on the other. To the left was the main buffet room, and this was like the Grail Room in Indiana Jones and the Last Crusade: within it was an abundance of nearly every imaginable barbecue dish you could think of… and we had been warned to choose ours wisely.

In his 2011 “Memphis Que” review of Leonard’s, Craig Meek had written that “the dry ribs are everything excellent dry ribs are supposed to be,” but he also mentioned that some people have been less than impressed with the buffet. We had heard similar warnings about all the barbecue buffets in Memphis. No one said that any of these buffets were bad — they simply believed you could get fresher food from the kitchen than from a steam table.

As we sat mere steps away from the buffet, this advice played over and over in our heads. Each person who filled his or her plate, and each worker who brought out a fresh refill tray, made the buffet look more and more appealing. But we weren’t that hungry, and we didn’t want to stuff ourselves before the day had a chance to really begin. 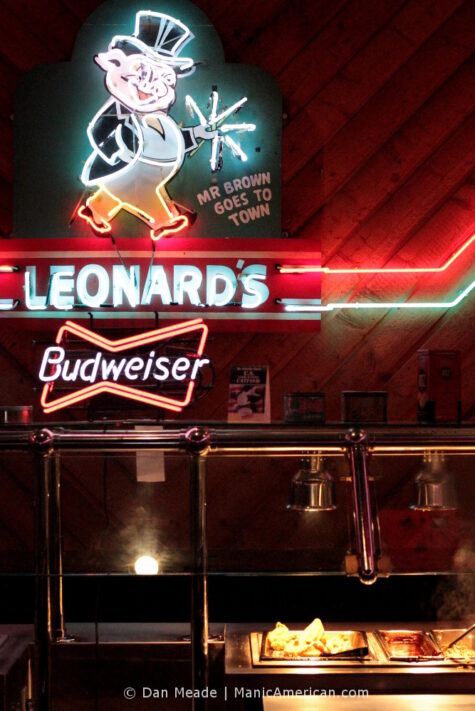 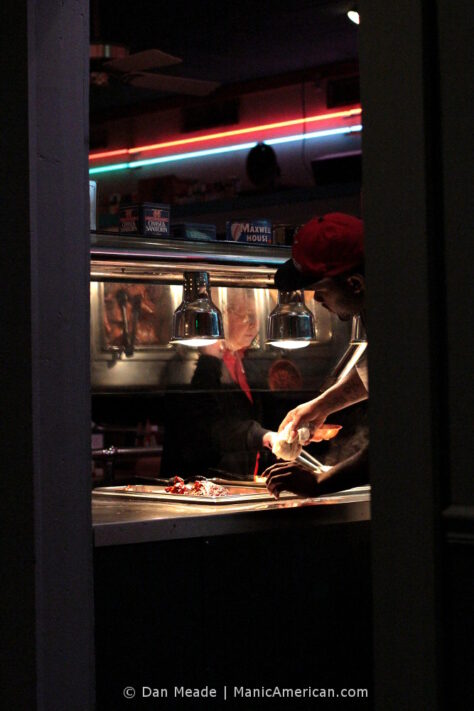 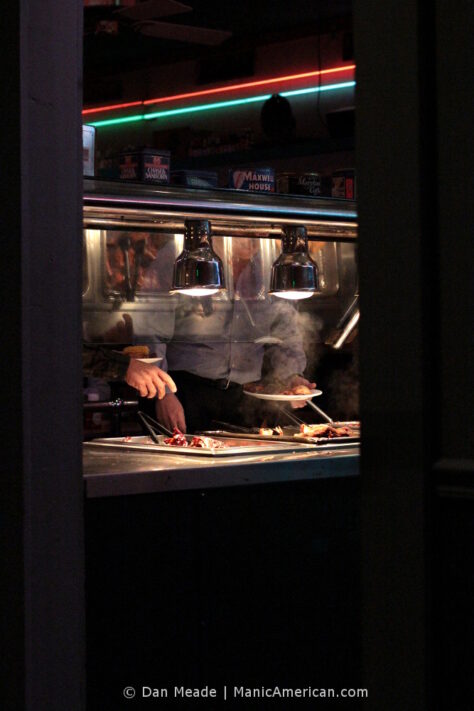 After much debate and despite the persuasive coaxing of our waitress Angela, we passed on the buffet in favor of an order of dry ribs and a Mr. Leonard’s pulled pork sandwich. The two dishes combined probably weighed less than one plate from the buffet would have.

Watching other customers go to the buffet made us question our choice some, but once our orders came we had no second thoughts. Before us sat what looked like a pork volcano – in between two buns was a mass of pulled pork barely visible under layers of coleslaw and sauce, each oozing into the other like flows of magma down a mountainside. It was a beast of a sandwich that was impossible to eat without a knife and fork. Once the outer layers were scooped away and the porcine core penetrated, this Vesuvius of meat would prove to be one of the smokiest and tastiest sandwiches of our 2013 trip, perhaps second only to that of Payne’s.

And then there was the plate of reddish-brown dry ribs with their dusting of orange-colored seasoning. Raising a rib to my mouth, I could taste the seasoning before biting in, as if the mix were searching for moisture to latch onto. Once bit into, the pink-hued meat pulled from the bone with a tug light enough to be easy but firm enough to let you know that the meat had been smoked just right. Bereft of sauce and retaining some of their natural juices, these ribs were mind-bogglingly good and rank as some of the best we’ve tasted in Memphis. When Angela came back to check on us, we told her so. 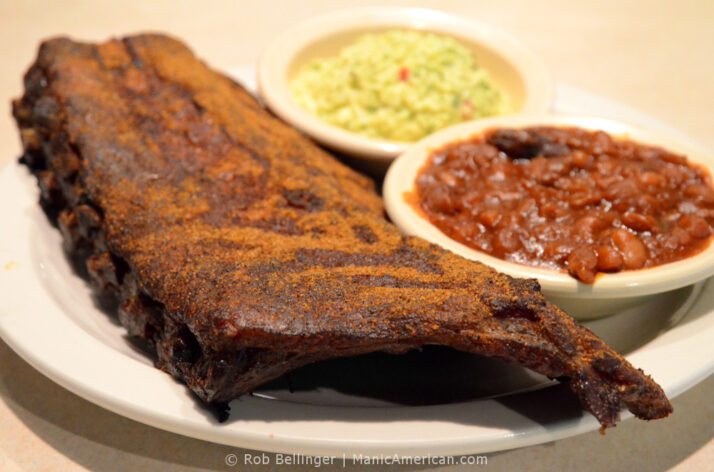 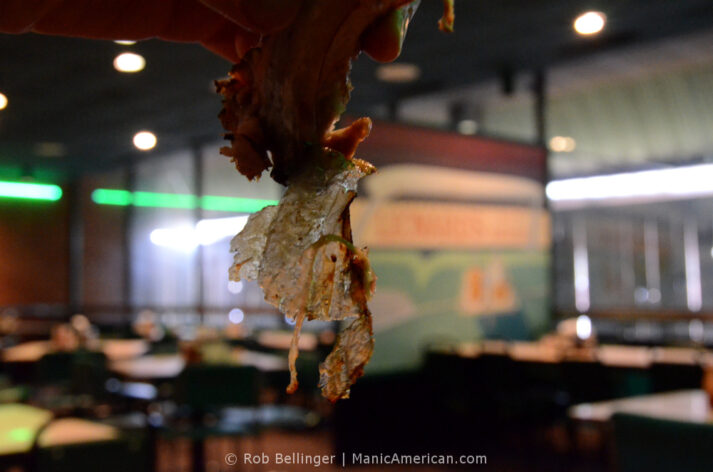 And with that the dynamic shifted. There were no other customers left in the rear room, and Angela seemed generally curious about what we were doing there. A simple follow-up question of where we were from led to a discussion of Angela’s own family in New York, the difficulties of driving in Manhattan, our thoughts on the new “authentic Southern” themed restaurants in Harlem, and where else we should eat in and around Memphis.

We eventually made our way back to the front of the restaurant to pay the bill before the register closed. Once there, a trio of older women asked us how we had liked the food, and upon hearing our accents, asked where we were from and what had brought us to Memphis…

We didn’t leave Leonard’s until an hour after its posted closing time. The women at the register, including co-owner Janet Brown, were in no hurry to usher us out. They happily told us about Leonard’s history, gave us a tour of the kitchen, and gave us their own list of other places in Memphis we should visit. 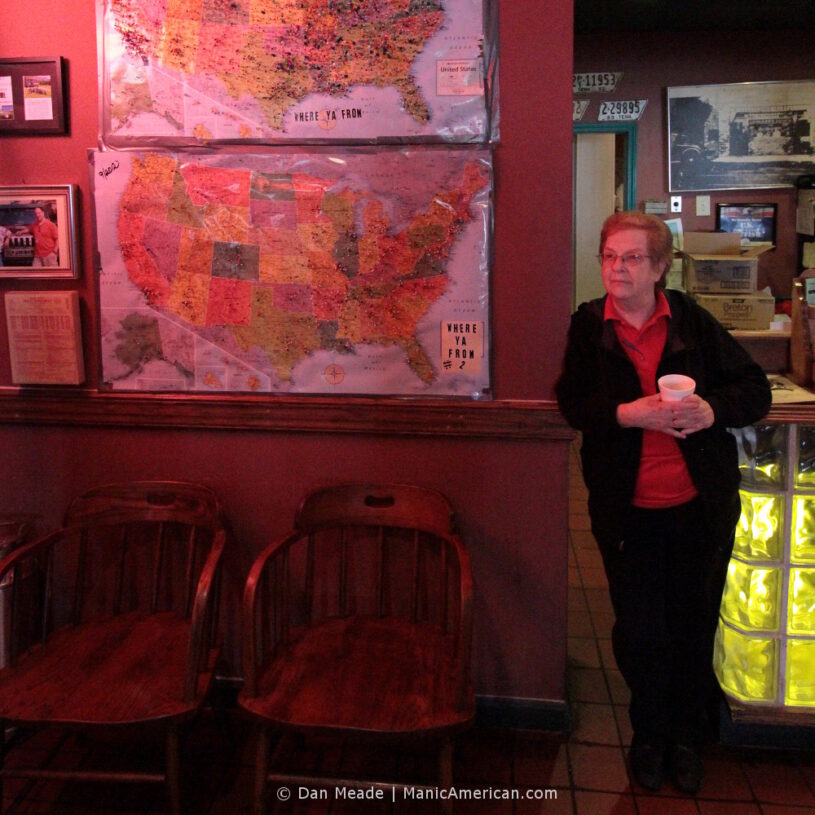 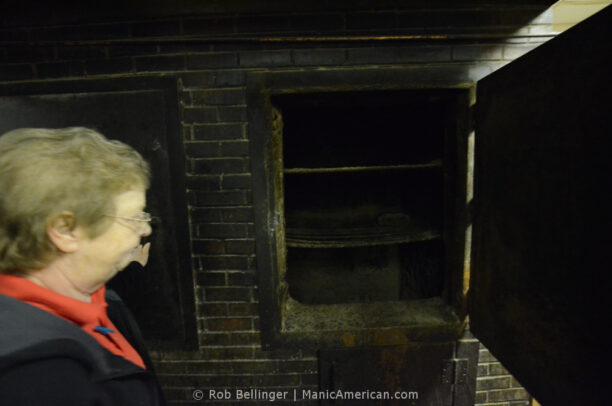 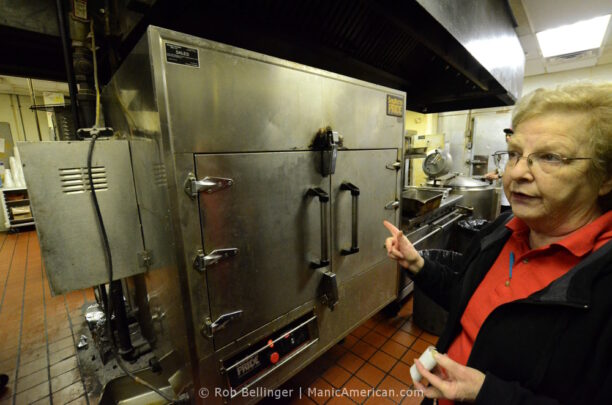 We had gone to Leonard’s looking for answers about how one of the oldest and “top” barbecue spots in one of America’s barbecue capitals could have so little national hype. Was the food good enough to warrant national attention? Yes. But to understand what made Leonard’s so good, how they have stayed that way, and why we hadn’t heard about them, you have to dig underneath its surface.

Leonard’s started as a five-stool sandwich stand. For a business like that to survive and grow, it needs two things: to be consistently good, and to connect with its patrons. And if you talk long enough to Janet Brown or read the “customer memories” on their website, you realize how well Leonard’s has done both. First under Leonard Heuberger and then under Dan and Janet Brown, Leonard’s became the kind of reliably good place that people return to year after year, and generation after generation.

Heck, Leonard’s needed not one, but two maps showing from how far away people had traveled to eat there. How none of those miles translated to highly-visible internet posts remains a mystery.

What has become clear is something much more important. The more we’ve gotten to know Memphis since that 2013 trip, the more we understand that the people who are most esteemed are not those who get on national TV or have their names in neon on Beale Street.

The honor of being “Memphis famous” is earned by those who work hard at what they do for the sake of doing it well. Strive for glory and you open yourself up to all sorts of traps and compromises. But if you stay true to your roots, and focus your energy on honing your craft and doing it well day after day and year after year… that may not generate widespread national renown, but it will go a long way toward making you a century-old landmark in Memphis.