With 2018 coming to a close and a pile of days off to use, I said to myself, “Well I’m going out east where I belong, where the days are short and the nights are long.” Once in Germany, I knew what I had to do: Check out the Munich river surfing scene I had read so much about.

From downtown Munich — which, for the record, is an inland city in southern Germany located at roughly the same latitude as Bismarck , ND — all you have to do is take a left at the Isator medieval gate, and then walk north. You’ll know you’re close to the Eisbachwelle when you start seeing surfing-themed stickers stuck on sign posts. Follow these signs-upon-signs and they’ll bring you directly to the gnar. 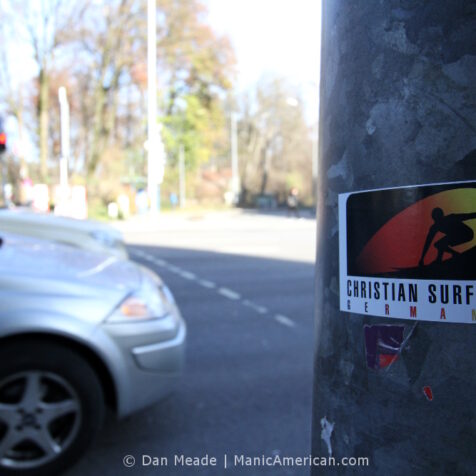 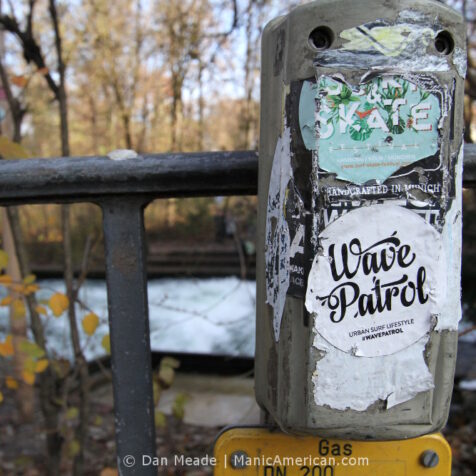 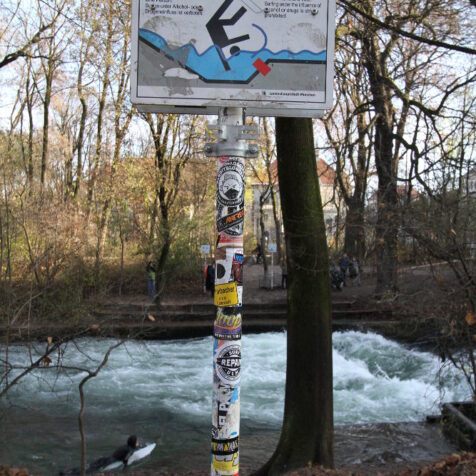 The original flow of the man-made Eisbach river below the Prinzregentenstrasse bridge was just strong enough, and the depression in the riverbed was just deep enough, to create a wave effect. Engineers later modified this depression and increased the waves to the point that they became surfable.

And sure, you might need a full body suit to surf in Germany in late November, and yes, you might only be able to spend a few moments on the water at a time, but thanks to a little ingenuity you can surf a three-foot wave in the middle of an inland German city!

The Eisbachwelle etiquette between the five surfers was easy to understand. Don’t hog the gnar. Get a few rips in, splash down, let the current carry you downstream, then get back in line for your next run.

A micro-culture exists in this tiny pocket of urban greenspace. The city owns the land, legally permits the surfing, and has left the area fully open to the public. A smattering of other people stopped to watch from the bridge and each concrete shore that late Autumn day, but only one spectator spoke with the surfers. The rest stayed a respectful distance away from the water, letting the surfers enjoy their midday runs in the not-so-warm Germanic sun.

There’s more to Munich than its surf scene. Click here for a street-level journey through the city’s past, present, and future!

More from the wild world of Manic sports:

2020-10-25
Previous Post: 2 Hours at Versailles, “The World’s Most Famous Cuban Restaurant,” in Miami, FL
Next Post: Breaking Through the Tors of Perception: 700 Years of Urban Planning in Munich