Culture Where You Least Expect It: Urban Planning Lessons from the MALL of Cookeville, TN

If Meade weren’t such an awful driver, we would never have happened upon the reborn mall of Cookeville, Tennessee — and we would have missed out on an urban planning lesson we weren’t expecting. 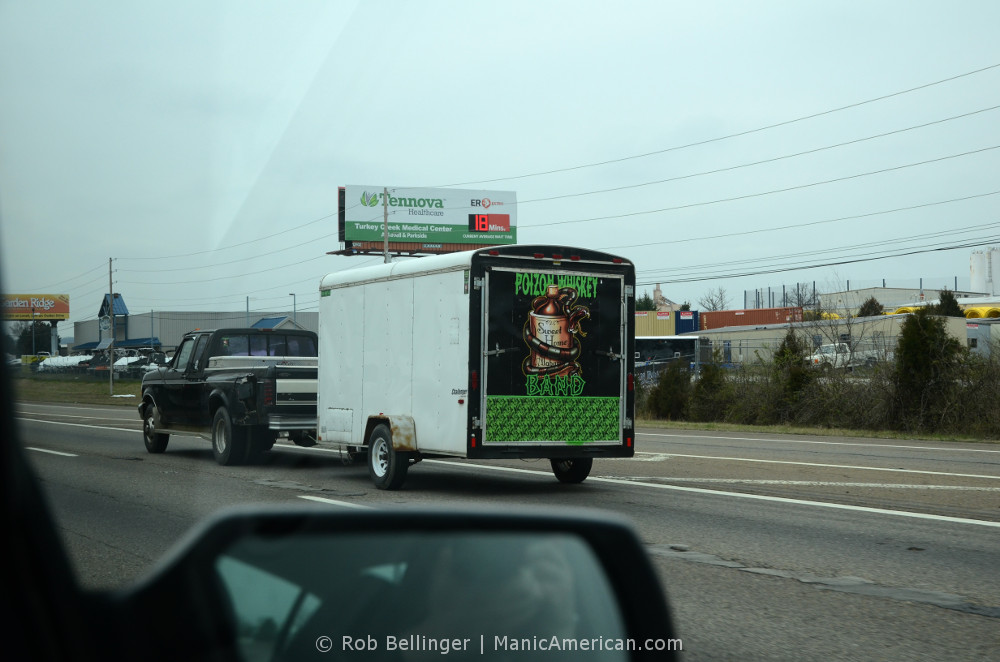 Picture this: it’s a cold and rainy March Saturday, somewhere between Knoxvegas and Nashville, on the third day of our epic 2013 trek from Boston to Memphis. We’re battling rain and cloud on the Interstate, and we really have to pee.

We end up in one of those silent lulls when we’re just waiting for a rest stop sign. A TOURIST INFORMATION sign finally appears. So we exit the highway and come to a full stop at a red light. We can see the rest stop at the other side of the intersection. Suddenly, the car jerks to the right, accelerating through the red light and onto a side road that dead-ends in a parking lot.

“Meade, what the hell are you doing?” I shout. My bladder is about to explode.

“It said ‘Right lane must turn right’!” comes the reply.

Never mind that there weren’t any other vehicles at the intersection. We’re on a new course now, and will have to find a bathroom in the land of big boxes by the highwayside. 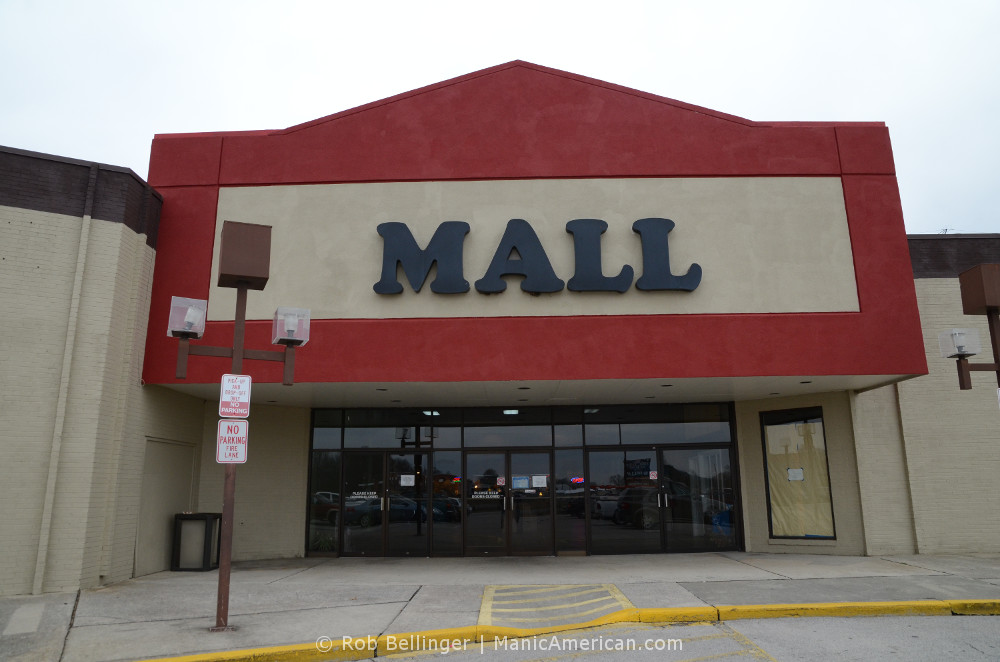 James Howard Kunstler, author of the seminal Geography of Nowhere, is perhaps America’s most outspoken critic of big-box architecture. His core argument is basically this: chains set up outposts, often with the help of tax subsidies, with no purpose other than to funnel money away from communities. Profit is redistributed as executive bonuses and shareholder dividends.

As a result, small downtown economies starve to death, auto- and truck-centric architecture at the exit ramp replaces human-centric architecture downtown, and the job market is flooded with minimum-wage, shelf-stocking jobs. A horrific cycle of poverty, big-box-dependency, and corporate welfare begins.

Much of North America shows symptoms of this cycle. Just ask our friend Craig Meek of Memphis Que — he used his barbecue blog to examine how tax subsidies enable build-and-abandon retail development in the sprawling Mid-South.

So how do we stem the tide of big box dependency? Kunstler posits, in his book and in his day-to-day writings, that we should invest in entrepreneurs who invest in downtowns. In a piece he published the month before we visited the Cookeville Mall — which is no longer on his blog but is partially preserved on Business Insider  — Kunstler argued that for the first time, no new chains are replacing dying ones. Thus, the time is now for reinvestment in community-focused business.

More on that in a minute. First, back to Cookeville, Tennessee.

Not a Great First Impression

When we make that unintended turn away from the rest stop, we think we’ve landed in just another sad valley of concrete tombs lined with fluorescent lights. The last building on the strip says nothing on it but “MALL.” We’ll take a piss and get back on the Interstate.

We park, and I take the first bathroom shift, leaving Meade in the idling car. Just inside the MALL door are stalls of junk and the hustlers who sell it. Cheap tools, ceramic knickknacks, closeout housewares, mint-on-card 80s and 90s Hot Wheels and Matchbox toys. No sign of the 1980s Matchbox Convoy tractor-trailers that I actually would have bought. I guess I hadn’t noticed the Flea Market sign across the parking lot.

After Meade’s turn visiting the men’s room, we realize that we have some exploring to do. The people-watching is intriguing. We think we’re in a grand sociological experiment. We’re right, but not in the voyeuristic way we (or you) think. 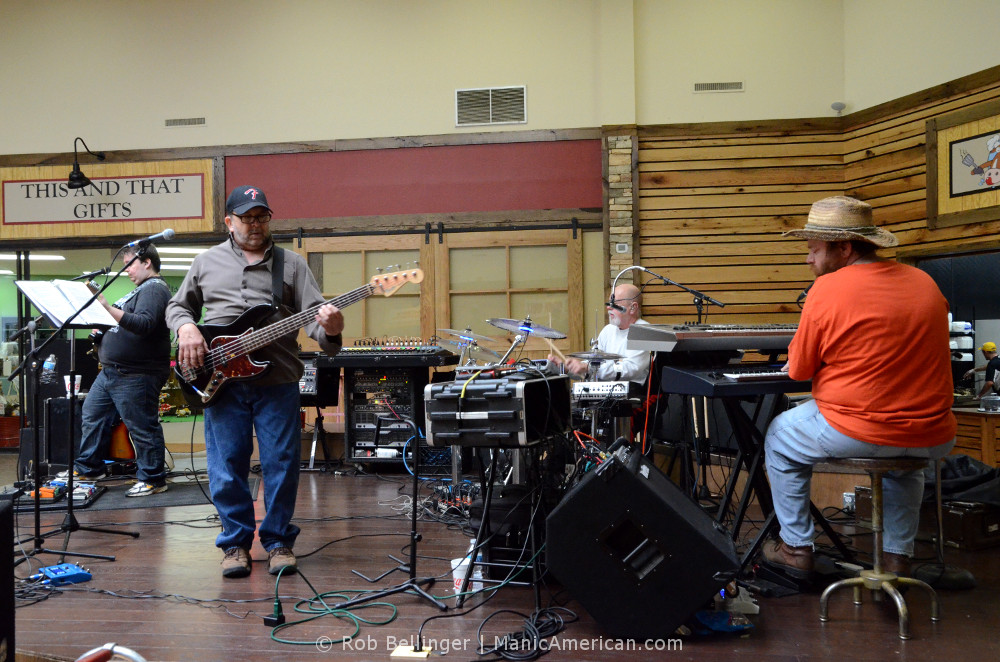 Party in the MALL!

Beyond the junk store, we find an indoor commons in the remains of the food court. A cover band of well-practiced middle-aged guys is belting out such tunes as “Working Man Blues” and, unbelievably, “Purple Rain,” under a rain-besmirched skylight.

Members of the blue-haired generation are dancing unabashedly to the live tunes. Young’uns walk about with their record store purchases from Mountain Music, just across the way. And the record store is solid — I score a great Bobby Bare live LP that later becomes one of my favorite records to throw on when doing creative work. Meade scores some vintage vinyl, too. The record store is packed with patrons of all ages. They’re buying cassettes, CDs, vinyl — trading in the local currency that is culture itself.

Back at the bandstand, others eat their burgers from a local chain, taking in the sights. We join them by getting some double cheeseburgers. It’s a miserable, freezing Saturday, the fourth day of spring, and there’s music and burgers and knickknacks and inter-generational dancing. People seem happy — they’re interacting with each other and their surroundings. They’re not just shopping mindlessly or couponing extremely. Unlike the faux-public-space of many actual malls, photography is allowed here. We happily shoot the scene.

And all this is happening in a single-story concrete tomb emblazoned with one word, MALL, almost mocking its own past. Originally constructed to funnel money away from the community, it had been transformed into a space that reflected the needs and culture of its people. 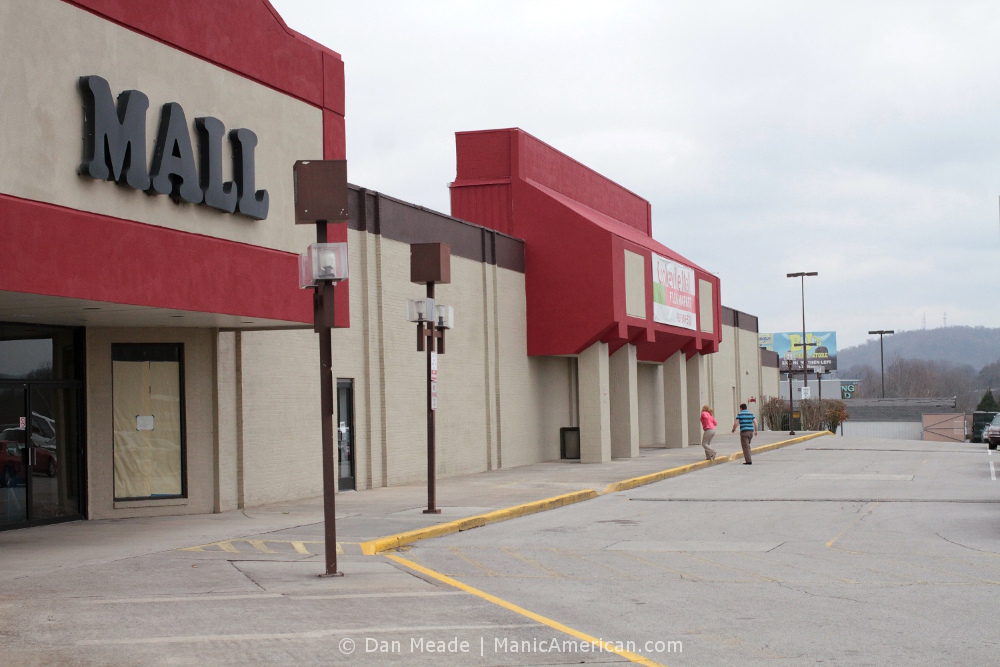 What Do the Locals Have to Say About It?

Who did it? We didn’t stick around long enough to find out. But I later met a Cookeville native who told me that JCPenney owned the building. After the Great Recession, the corporation could only find local tenants to take over the mall leases. Sure enough, Google Maps shows that the very far end of the building, which has a completely different exterior, is a JCPenney.

That JCPenney is completely walled off from the MALL. You have to drive around the entire building just to enter the department store from the MALL, and vice versa.

At the far end of the building, though, the MALL contains an environment that probably looks a lot more like Cookeville itself.  In other words, there’s no contrived image exported from a boardroom in Dallas or New York.

Ironically, not all locals view this positively: as of this writing, the mall has a 2.2/5 rating on Google. Reviewers speak of it as “unsafe” and “a running joke” after losing its corporate tenants. One person writes that it “has went to almost nothing.” 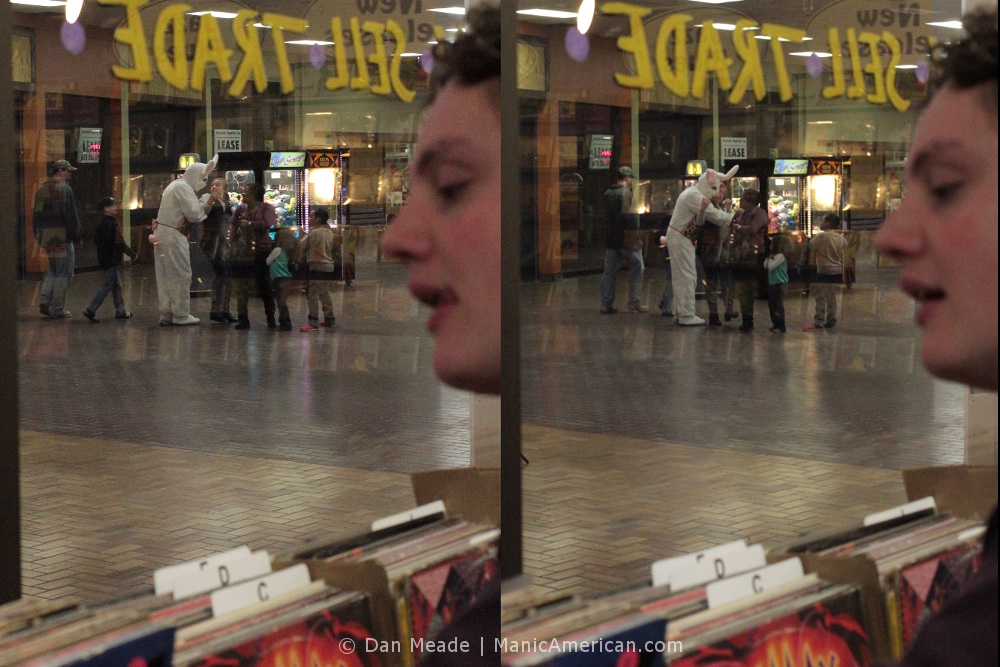 But we still see the MALL as an authentic, local reinvention of a place that the corporate world forgot. In contrast to Kunstler’s arguments for downtown redevelopment, this reinvention happened in the shell of a big box. So this MALL remains auto-dependent, but it’s now a place where people can while away a Saturday afternoon, grab a burger, see live music, run into friends, and maybe pick up a record or a few things for the house.

Is the MALL a perfect place? Probably not. But it did seem to offer many of the things we like like about city living — under one roof.

Perhaps this rural Tennessee MALL offers an urban planning lesson that other communities can use to revitalize big box ruins of their own. And that’s not what we were expecting to find when we pulled off Interstate 40. 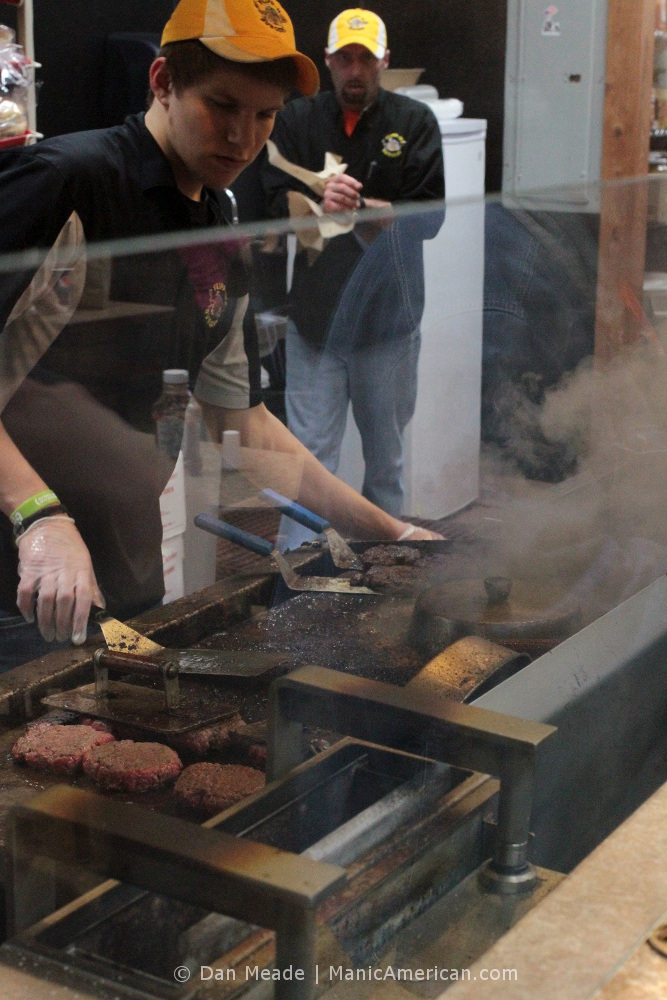