A BBQ Lesson from Keith Allen

Thig’s BBQ House (Jackson, NC) is not on any of the maps, and there’s good reason for it.

Located just off a military base on the back road of a back road, Thig’s came to our attention through some BBQ message board that Rob had found and, to be honest, our interest came largely because of its name. A place called Thing’s located off the map in the backwoods of North Carolina? C’mon! THAT’s a draw!

We get there and there’s a sizable crowd, they’re out of the Friday-Special ribs, and we start thinking that we’re in for a treat. In retrospect, the dry-erase board crammed with menu items behind us should have alerted us to what was about to happen. Our BBQ plates arrived, we tasted it, and… nothing. It was moist and flavorless, the surest sign of gas-cooked pork there is.

Less than 36 hours earlier we had been at Allen and Son Bar-B-Q in Chapel Hill (which closed in 2018). After eating their chunkier-chopped and smokey-flavored BBQ sandwiches we had gone around behind the restaurant to look for photo ops. While back there, I ran into Keith Allen, the founder of the place, and had gotten a lesson in chopping wood from him.

After Rob joined us, the three of us started talking BBQ and Allen went into a fairly in-depth discourse into how they cook using the wood there. He explained how the wood is heated through the chimney and then the heat and smoke is piped into the pits. He emphasized to us that you need “that interaction” between the wood and coal and the meat. Allen cooks his pork about a foot above the charcoal, and the juices from the pigs drip down onto the coal and then smokes back up into the meat (similar to the process at the Skylight Inn), making for multiple levels of “interaction.”

Allen talked about how you can taste the difference that “that interaction” provides, alluding that meat cooked over gas or electric has no taste, and that it was the same as cooking a piece of meat on an outdoor grill versus indoors in the stove. We agreed. We knew. There was a reason we had been out there looking at the wood.

For some reason, as much as we knew exactly what Keith Allen was saying, it took the gas-cooked pork of Thig’s for his lesson to fully embed itself into our heads.

After we left Thig’s, Rob told me to drive around the back first, and there it was: a propane tank. He said this would be a new qualifying test for any new BBQ places we find – a drive around back to make sure that they cook with wood, and not gas. 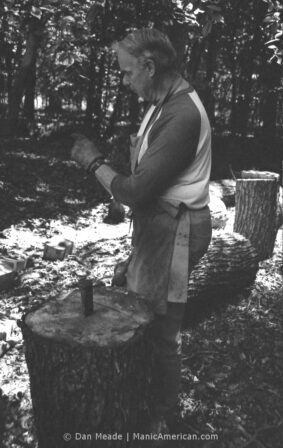 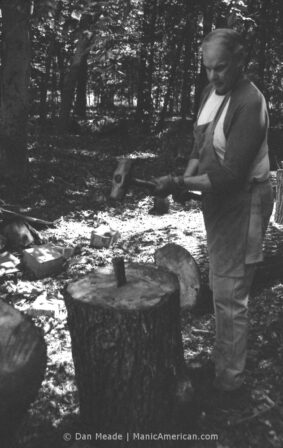 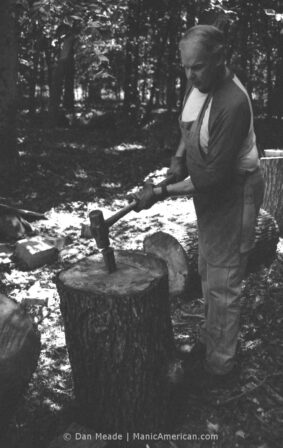 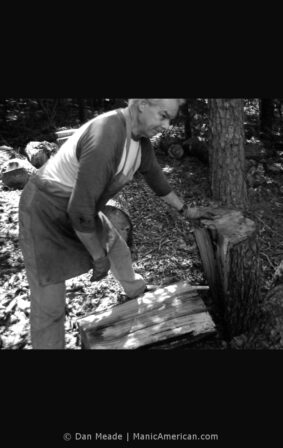