As RB wrote in 2006: “What better way to explore the fiber of the community that created the Bellinger boys than through drinking?”

We’ve been to bars that no longer exist, some of which were shut down by the NYPD. We’ve inspired, and then joined forces with, rival townie pub crawls (photo). We’ve eaten more 7-11 taquitos than anyone should consume in a lifetime.

At the heart of the matter is what it means to be from Queens, a 2.3-million-person slice of New York City that no one beyond its borders knows anything about.

And the isolated neighborhood of College Point, hometown of the Bellinger boys, shall again be our research subject. Once a working-class European immigrant neighborhood, CP now has three distinct, stratified brackets. We will drink our way through all of them, gathering stories and creating photographs along the way.”

That is taken from the Facebook event page for the 2010 CPCCPC (aka “CPC IV”). All told, eighteen people came out for CPC IV at 7:00 PM and by 5:00 AM only four were left standing. The other fourteen had peeled off in pairs and in small groups to hospitals, homes and hook-ups.

All of the events of CPC IV were documented by cameras and camcorders, but none of that debaucherous footage can be posted online in any coherent form. Instead, here are a series of video stills from that footage that briefly tell the story of how eighteen highly educated twenty-somethings fared in the streets and bars of College Point. Multiple CPC Bingos were won (each square represented an expected quote or event), no one was seriously hurt, and most of those involved remain friends to this day.

There was no 2011 Thanksgiving CPC this year, but A Very CPC Christmas may take its place. Further details on a possible CPC V will posted to our Facebook page.

Without further ado, a hint at the events of CPC IV: 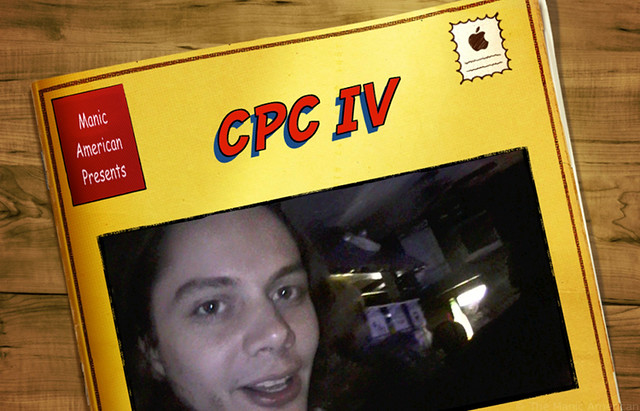